Divorce is an emotionally charged time and full of conflict. Two people who vowed to love each other “until death do us part” have decided to call it quits. But while a divorce is the ending of a marriage, it’s also the beginning of a future. Blame has a way of getting in the way of that.

Holding your ex responsible for messing up your marriage and holding onto your resentment won’t change the past, and, as much as possible, shouldn’t color your future. While it’s easy – and normal – to be angry and spend some time and energy on that, keeping your outlook firmly focused on what’s ahead helps keep your sights on a better future for yourself and your kids. We know that’s easier said than done, but even small steps toward ending the blame game can do a lot to help you move forward.

Are you angry at your ex-spouse?

Anger is a common emotion during divorce. Depending on the circumstances, you may feel betrayed. Your anger may have been simmering under the surface for years and finally came to a head when divorce became inevitable. You may even be feeling angry at yourself for missing red flags or putting up with behaviors for so long, wasting valuable time. Unfortunately, self-anger usually expresses itself as even more anger toward your ex.

While blame and anger during divorce are natural and can even offer a sense of entitled empowerment short term, these fiery emotions can be self-consuming. Anger and blame, if left unchecked, can linger indefinitely and keep you emotionally beholden to it. This is counterproductive to your well-being and a better future.

The danger of the “blame game”

Divorce was built on blame. Just look at “grounds” for divorce. Sheer blame. At-fault divorce? One spouse is the villain, and the other is the victim. Traditional fault-based divorce is all about blame. But being a victim is never a place of power and keeping entrenched in blame keeps you entrenched in victimhood. Playing the blame game can keep you from moving forward with strength and independence. A no-fault divorce will save you time and money, so the more you can try to release anger and blame, the better.

How does the blame game work?

When one spouse can blame the other for the problems of the marriage, it's a form of deflection and takes some short-term emotional burden of responsibility off the fault-finder. But marriage is always the gray area between the black and white of two perspectives. Blame may help spouses feel less responsible for their problems, but the reality of fault is usually somewhere in the middle.

How do you feel wronged? Did your ex have an affair? Substance abuse problems? Were you the financially responsible one and your ex a spendthrift? While these are all valid reasons to be angry, they don’t change the past. There is no challenging the fact that hurtful things have happened, but blame just keeps you rehashing them. Over and over.

While it may not be in your immediate future, the concept of forgiveness isn’t about the person who wronged you. It’s about your own power and peace of mind. If you can manage a bit of forgiveness you are no longer giving your spouse the power over you. Forgiveness puts the power firmly back in your court.

Legal options if you’ve been wronged by your spouse

Divorce is not only an emotional end to your marriage. It's primarily a contractual and financial end. While every state in the nation has a no-fault option for divorce citing irretrievable breakdown as its cause, in some cases, there are times and situations when an at-fault divorce is needed to establish legal responsibilities and boundaries.

The fault-based divorce process is centered around legal “grounds.” These are the legally-recognized reasons that one spouse can use to divorce the other. Some common grounds for a fault-based divorce are infidelity, financial misdealings, addiction, and physical and mental abuse.

For instance, if your ex squandered money on a side fling, establishing fault may factor into your asset distribution. If they have a substance abuse problem and are living a life you don’t want your kids exposed to, it can have an impact on who gets custody. In some states, infidelity can affect whether you get spousal support (alimony). If domestic violence has been a problem, the court will take your safety seriously so you can escape from an abusive situation.

While an at-fault divorce will no doubt keep you in blame mode until it’s resolved, moving on afterward is an important step to getting your future back on track.

Why should I let go of blame and resentment toward my ex?

Blame can be a destructive emotion in divorce, not only for you but especially when you have kids.

Blame can make it far more difficult to co-parent your children going forward. If every time you have to talk to your ex about matters concerning your kids you see nothing but the person who ruined your marriage, you’ve set yourself up for years of suffering. It’s also important to consider that family law courts have little patience for spouse-bashing. The parent who blames and belittles the other in front of or to the kids may be adversely impacting their own custody rights. Kids have the right to care about and respect both parents. Blaming your ex can rob them of this experience.

No kids? You’re robbing yourself of positive new experiences, too. No matter how much right to blame you feel you have, hanging on to it long-term can hurt you and the ones you love.

“Holding on to anger is like grasping a hot coal with the intent of throwing it at someone else; you are the one who gets burned.” – Buddha

Tips if you're struggling with extreme anger or emotional pain

If you’re struggling with anger and blame during or after your divorce, you may want to consider some ways to calm your rage. Anger can be a self-propelling force, and sometimes all it takes is to break the momentum.

Divorce doesn’t have to center around anger and blame. Most couples want to resolve their divorce as cooperatively and peacefully as possible. Getting experienced guidance or professional mediation can take the adversarial aspect out of your divorce and help you navigate it without as much blame and anger.

If you’re considering divorce, we can help. At Hello Divorce, we want to take the anger and blame (and high legal fees) out of divorce. Our caring team and a customizable menu of plans and services can set you on the best path for your future. Not sure what you need? No problem. Schedule a free 15-minute call, and we can help you get started. 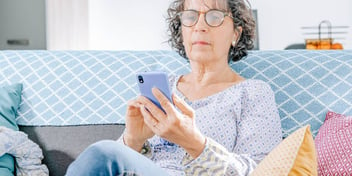 Essential Apps to Rely During the Divorce Process 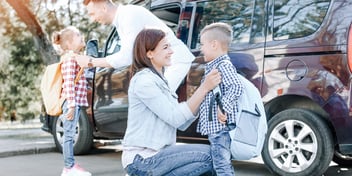