Child support can be granted during divorce, temporary separation, or as separate maintenance. Generally speaking, there is a legal duty for parents to support their children under the age of 18 but there are exceptions, such as if the child is emancipated or if they have a disability – which means they will remain dependent even after turning 18.

What determines child support in Utah?

The Utah guidelines determine all aspects of child support. The parent who has custody is paid child support by the non-custodial parent and is based on income. The three components of this payment include base child support, medical expenses, and child care expenses. In general, the portion of health insurance policy premiums attributed to the child(ren) is split between the parents in addition to uninsured medical expenses. As well, work-related childcare expenses are also shared between the two.

Related: 3 Ways Your Kids Will Thrive in a Co-Parenting Relationship

How is child support calculated in Utah?

Child support is calculated by accounting for the total gross income of both parents, along with the number of overnights spent in the household of each parent. Parents are required to provide proof that their income matches the amount inputted in the child support calculator, such as with pay stubs and copies of the most recent tax returns. If a parent has a reasonable explanation for why this information is not available, the other party can file a Declaration of Other Party's Earnings to explain the income, similar to acting as a witness for the other person. In cases where one parent doesn't work, the court can assume the amount of a party's earning potential based on their prior work history and an assumed 40-hour workweek.

If there is no recent work history information to rely upon, or if there isn't a specific occupation the party has had, then the court's assumption will be based on the federal minimum wage for a 40-hour workweek. This is how the court accounts for the fact that the other parent can reasonably work. However, this is not done in every circumstance.

Are there any exceptions made to these calculations?

Exceptions are made in the following cases of a non-temporary nature:

How many overnights the child spends in the parents' respective homes also has an effect on how much child support is paid. There are three basic scenarios in terms of physical custody:

How Divorced Parents Can Create Joyful Holidays with Young Kids 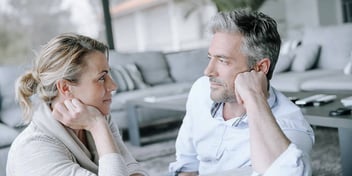 How to Talk to Your Ex about Spousal and Child Support