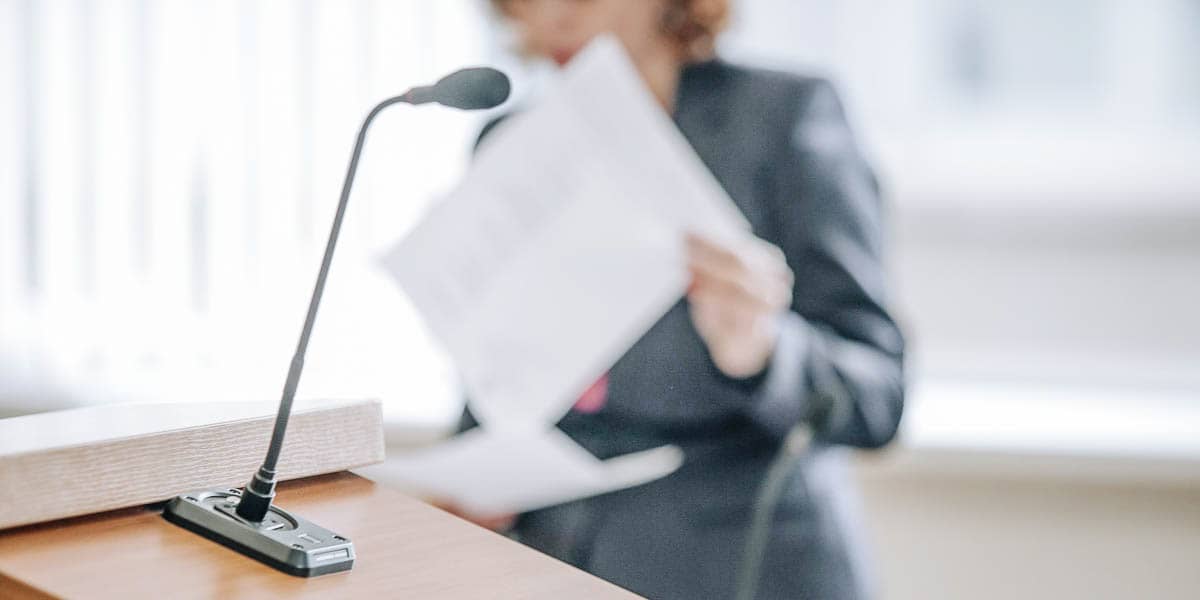 Most people don't expect the Evidence Code to apply in family law. The fact is, it often does. Even when standing before a judge who takes an informal approach (i.e., they allow evidence to be considered without meeting all legal criteria), general knowledge of the rules of evidence can provide a legal advantage in your divorce or other family law action.

Why? Well, many judges review the evidence (out-of-court statements, school records, agreements, police reports, financial records, property titles, proofs of payment, social media posts, photos, and so on) without a proper foundation unless the opposing litigant or lawyer objects.

If an objection is legal, it becomes the opposing litigant's job to find an evidence "exception" or explain to the court why the objection is improper. However, if you can't do this, the evidence comes into play whether you think it's fair or not. Another reason to follow the evidence rules is to create a "clear record." In other words, while your family law judge may be a bit lax when it comes to the Evidence Code, an appellate judge may not. If you don't object to the introduction of evidence, improper conduct, or illegal statements, you lose the ability to challenge that behavior. This is really important if your matter proceeds to an appeal. (An appeal is when someone applies to a higher court for the reversal of a decision made by a lower court.)

In this article, we highlight important evidence rules everyone should know before they walk into a courtroom.

If you want to use a statement made via text message or online messages or chats (such as direct Twitter messages, Facebook messenger, or Google Hangouts), save and print the entire thread. It may potentially be used as an exhibit in court via a declaration or your own testimony.

In family law, you may not submit unlawfully obtained recordings or wiretapping. This is considered an unlawful intrusion into privacy.

If the opposing party introduces evidence you believe is irrelevant, speak up. Evidence must be considered "relevant" for the court to admit it over objection. Many litigants try to introduce evidence of their spouse's affairs or other bad behavior. However, unless it proves or disproves a disputed fact, it can be excluded. Additionally, the court may exclude evidence if the possibility of prejudice outweighs the probative value. For example, your ex's drug or alcohol use may be excluded if the only issue at hand is the division of property. However, the evidence may come into play if the issue at hand is physical custody of the children. An objection to irrelevant evidence might sound like this: "Objection: Relevance. Even if what they say is true, it has no bearing on the issue before the court." Or this: "Objection: Relevance. The testimony is centered around a fact that is not in dispute."

When lawyers refer to "writings," they're talking about a host of documentation types: photographs, emails, letters, words, pictures, and such. These documents can be crucial to a family law case. Perhaps you have bank statements proving you gave financial assistance when your spouse says you didn't. Perhaps you have a photograph of your ex drinking and partying when they said they were sober. Maybe you have an email from your spouse expressing their intent to end the relationship and live separately.

All of the above can be relevant to child custody, property division, date of separation, or child/spousal support actions. Additionally, if you catch your ex in a lie under "the penalty of perjury," their behavior could certainly help your case. To get these "writings" into evidence over objection, you must authenticate them in one of the following ways:

If you represent yourself and want to show a photograph as evidence, provide the following information:

Objecting to a writing

What happens if the opposing party introduces a writing you believe to be prejudicial to your case? If you know the proper objection, you may be able to get it excluded from evidence. (That is, the judge excludes the writing from their decision-making process.) Here are some examples of objections to writings:

Evidence is tricky, even for experienced attorneys. But it's not rocket science, and it can certainly be learned. A good attorney will alert you to the evidence-related issues you may face and help you strategize ways to overcome objections and prove your points. At Hello Divorce, we help you navigate evidence basics so you can present the most important evidence to your judge.

Meditations and Mantras to Help You Stay Positive During Divorce

More Than a Civil Issue: Special Considerations for a Jewish Divorce

Does Your Divorce Case Require Evidence? What You Need to Know