Common Questions About Divorce and the Marital Home

One of the most common questions divorcing spouses face is: "Who will live in the house?" Also, who will pay the mortgage? Where the kids will live? And does the spouse who remains in the marital home need to get reimbursed for expenditures related to the residence – or, in turn, do they have to pay the spouse who leaves and must find a new home? Let's dive into these and other questions you may have about the home you share with your spouse.

Common questions about the marital home during divorce

Most clients contemplating a divorce want advice about the family home from the get-go. Some common questions are:

Who has an interest in the house during a divorce?

Different states have different ways of referring to shared property (things spouses acquired or shared ownership of during the marriage). If your state is an “equitable distribution” or “marital property” state as opposed to a “community property” state, the marital property is divided in an equitable manner. When it comes to your marital home this means that if your name is on the property title, you are considered its owner; however, even if your spouse's name is not, they have a legal right to claim an equitable portion of that property when divorcing.

In community property states, property acquired by either spouse during the marriage and before separation is a joint asset (with some exceptions). In the simplest scenario, your home was purchased during the marriage with joint savings or the earnings of one spouse. Upon divorce, each spouse is entitled to 50% of the equity in the home. (That said, someone might owe reimbursements for expenses associated with the house after separation but before the divorce or settlement.)

Most family law cases aren't that simple, though. For example, if you used the money you had prior to marriage (or separate property funds acquired during the marriage) to make a down payment, you may be entitled to reimbursement for that amount.

Another issue that often comes up is when one spouse owned the property prior to marriage and never put the second spouse on the title. If you owned the house before marriage (and then later added your spouse to the title), consider hiring a lawyer to determine what separate property interest (if any) you have.

What if you helped with mortgage payments but were never put on the title?

Even if you aren't on the title, you likely earned an (equity) interest in the property, assuming the value increased and either one of you used your earnings or joint funds to pay down the mortgage (since income earned during marriage is considered at least in part both of the spouse's). However, it's always best to have a written agreement specifying how you will divide this asset.

What if you spent money improving the home but you aren't the owner?

The non-owning spouse may have a reimbursement claim for the money spent on capital improvements or other household bills. This doesn't mean they established an equity interest for any appreciation in the property. However, at least a claim for money spent may be returned.

What if you purchased the home during your marriage but your name isn't on the title?

Many clients tell us that they weren't placed on the title because their credit was terrible and they qualified for a better loan with their spouse on the mortgage only. Or, they say one party exerted financial control over the other and refused to place their partner on the title.

Just because you aren't on the title, it doesn't mean that you don't have a financial interest in the home. If the property was purchased during the marriage or domestic partnership, it's presumed to be joint property regardless of how the title is held. It's up to the spouse who claims it is separate property to trace the property to a separate source.

The burden can also be overcome by a written agreement that assigns the property to one spouse only. But be careful! There's also a presumption that the disadvantaged spouse was subjected to "undue influence" when they signed the inter-partner transaction.

If you are curious about property division or have other divorce-related questions, schedule a call with Hello Divorce today. 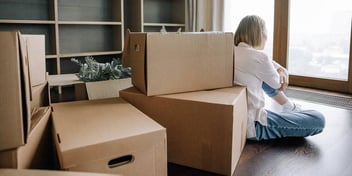 Property Rights in Divorce: Options for the Marital Home 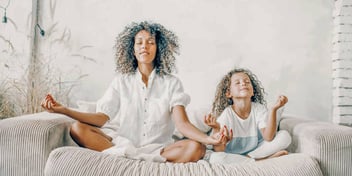 Mindful Divorce: Advice on Co Parenting and Maintaining a Relationship