Annulment vs. Divorce in California

To end your marriage in California, you may decide to seek a divorce. But in some cases, you may be able to get an annulment instead. It’s important to understand the differences between these two options, plus the advantages and disadvantages of each.

7 differences between annulment and divorce in California

Annulment: A California judge may grant an annulment if you can prove your marriage is not legally valid. At the end of the annulment process, you are not considered “divorced.” Instead, in the eyes of the legal system, you were never married in the first place.

Divorce: Couples who collaborate and agree on their divorce settlement, including details pertaining to child care and spousal support, can handle their divorce paperwork alone. They don't need to hire lawyers or otherwise get legal help. A DIY divorce is definitely possible.

Annulment: An annulment in California requires a court case. A judge may annul a marriage in California for one or more of the following reasons:

If you seek a California annulment, you must prove that one of these situations applies to your marriage. To do this, you must get the courts involved. No DIY option applies here.

Annulment: The above residency requirements don't apply to an annulment. You must live in the state of California when you file, but you're not required to prove how long you've lived there.

Divorce: California courts require couples to wait six months from first filing paperwork to finalize the divorce. Couples can make this process longer by arguing over details, but they can't shorten the timeline.

Annulment: Annulments don't mandate a waiting period. Waiting for a court date could lengthen the process, but when the judge completes your paperwork, you're officially single.

Divorce: During the divorce process, couples determine who will retain custody of any children, who will keep the family home, and other details. Amicable couples can agree to terms together without getting lawyers involved. But even couples who can't talk to one another are required to split their assets and debts during the process.

Annulment: A judge can only divide property and debts and order spousal support if one party (mistakenly) thought the marriage was valid. For example, if both of you entered marriage knowing you were somehow breaking the law (for example, you were related but got married anyway), a California court wouldn't require you to split your estate. Instead, you’d have to figure out those details on your own.

Divorce: You can get divorced at any point in your marriage. Whether you've been married for two days or two decades, you can opt to end things.

Annulment: Most annulments are time-limited. Couples typically must file within four years of their marriage date to get them voided.

The pros and cons of divorce vs. annulment

Should you choose a divorce?

A divorce is a legal proceeding that results in the end of your marriage. Once a divorce is final, it's irrevocable.

Perks of divorce include the following:

Drawbacks include the following:

Should you choose an annulment?

An annulment may be another legal option to terminate your marriage. At the end of the process, you would be restored to single status. It would be as though your marriage never happened.

Perks of annulment include the following:

Drawbacks include the following:

Grounds for Divorce in California 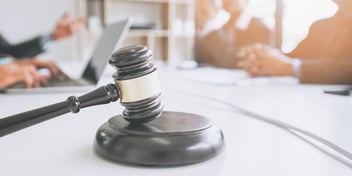 Filing for Divorce in California 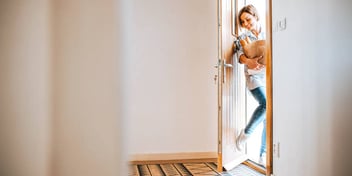 What Are Residency Requirements in Divorce?